Women. God’s most exquisite creation. She’s a mystery that has remained unsolved since the beginning of time. Neither were our forefathers able to decipher the code nor are we any close to doing it (I mean cracking the code). One would think living in a woman’s womb for nine months would make us genetically programmed to understand a woman. Obviously, that’s not how it works.

Men don’t understand women. Blame the system, they tell us where babies come from, they tell us women are smarter than men, they tell us we’re supposed to (pretend to) be chivalrous, but what they should’ve been telling us all along is WHAT WOMEN WANT. Wait. That’s right, how would they if nobody’s figured it out yet!

How often have you wished that you could be a fly on the wall, just to listen to what women talk about, when men aren’t around? How often have you found yourself perplexed trying to get a grasp on what women actually want, when their words mean something else entirely?  We’ve all been there. Don’t you think life would be so much simpler if only there was a guide to understanding women? Let me tell you, even if all the men in the world were to collaborate on crafting a wiki about women, we would still be scratching the surface.

Though we may never completely comprehend what women think, there are a few truths that men are just oblivious to. I’ve learnt a few things over the years, through a  few personal experiences, reading up on women, listening to them and keenly observing them. Here are seven such insights into a woman’s mind to get you started on your quest to knowing women better:

Raise your hands if you’ve ever been asked “Do I look fat?” by a woman. Holy moly! :p I guess that’s another thing all of us have in common. Clichéd as it may sound, a lot of women do ask this question. Most men may feel like their doomed no matter how they choose to answer the question; the smart ones though, find ways to dodge it. But if you really care about this woman, all you’ve to do is hold her by the waist, pull her close and whisper into her ear that she’s the most beautiful woman in your life (and mean it). Believe it or not, most of the times all that women want are some reassurances that tell her you still find her attractive. And for the rest of the times, where she’s actually concerned about how others see her, you are on your own and you better come up with the answer she’s probing for!

Men love playing with their PlayStations and Wii’s but women play games of a different kind. She may twist your words to make it mean something else altogether, she may flirt with you and then make you think that you made it up in your head, she may behave seductively around other men but she will castrate you if you so much as talk to another woman or she may nitpick every fault of yours but if you even hint at an imperfection in her she would go ballistic. If you do find yourself in such situations, you’ve two choices. You could either make a run for the nearest door that says ‘EXIT’ or you could stand there, look her in the eye and say “Sorry”. You may ask why apologize when it’s not your fault; it almost never is, but what other choice do you’ve?

If there’s one thing that women can never get enough of, that’s attention (shoes too)! They love being complimented, noticed, pampered and they like to feel desirable. They would go to any lengths to make sure that they garner adulation, even at the cost of ending-up with personal injury, trying to get into clothes or shoes half their size. This may be disconcerting but it just goes to show how much women are willing to sacrifice just to look good. One must be really dumb if they’re not able to make out when a woman is fishing for compliments. Be generous – shower them with compliments, affection, flowers, gifts and most importantly YOUR time.

#4. Women need their space too

As men, we know how it feels to be around people all the time, to feel suffocated and congested by all the noise and chatter. We go on long drives or wander off into the sun (reminds me of David Hasselhoff) to find some peace and quiet. Women need their space too. It’s one thing to be a doting boyfriend, but another to be one that’s obsessively possessive. You can’t be hovering over her all the time and if you do, she’s bound to get tired of you. Know this; women may love attention but you need to know where to draw the line, before you start coming across as creepy.

Sure, women like sensitive and shy men too, but nothing sets their hearts fluttering like a confident man and for good reason too.  Women don’t want their men to be insecure or a wuss.  They want to be with men who can be strong when they’re not, stand-up where required, take charge when it matters and act poised in public. Please note that there’s a very thin line between being confident and acting like a jerk, make sure you never cross it. 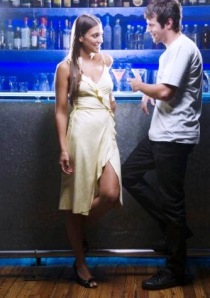 Many fellow men have perished barking up the wrong tree. The moment a woman looks at a man, he says to himself “Oh yeah, she wants me. Wants me bad!” I’d be willing to streak across a cricket field (not an enticing challenge, I realize) if you can show me at least one guy who hasn’t done this. Truth is, more often than not, she’s interested in you. While you’ve already made-up plans of having breakfast with her the next morning or in some cases, having babies with her, she is still trying to decide if you’re a potential mate. Ever been shopping with a woman? If you’ve, you’d know how much time she spends sifting through hoards of stuff on the racks and finally makes up her mind to buy a lipstick (unless of course you’re buying). If that’s the case with shopping, then how long do you think she’s going to take to make-up her mind about you? Keep guessing. Point is, every woman has a checklist which she uses to evaluate a potential mate. She carefully designs obstacle courses to test you and until you pass the test with flying colors, her body is a No-Touch zone. 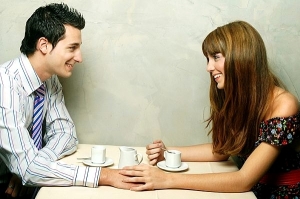 Now here’s something you can’t do much about, you either have it or you don’t – intelligence. If you’ve have it, you’re God as far as women are concerned. Nothing turns on a woman more than a man who sounds intelligent (not the geeky kind though). Intelligence can have two connotations here, one is of course being knowledgeable about stuff and the second is wisdom. Defeat a woman in an intellectual debate and she’ll worship you. If you don’t have it, you should try reading more or try listening to smart people speak, they may rub-off on you. If that doesn’t work either, you could always resort to being funny or pray that you win the lottery.

Bottom-line is, you need to put some effort into understanding women. They’re not your drinking buddies and they’re not going to forgive you when you say “*Hic*.Sorry Babe.” There might be a lot of fish in the sea for you to practice and hone your womanizing skills with, but chances are you’ll find yourself alone when you’re looking for companionship. What’s more, you may never find somebody as good as her. What’s to loose in working a little harder to sustain a relationship? Why not be the best man you can be today? It’s not going to be easy but nor are any other good things in life. Women are a mixed bag of emotions and penchants, but they’re also the most loyal creatures of all. Like some drunken guy once said, “You Can’t Live With Them, You Can’t Live Without Them.”