So here we are, already halfway through the year. How time flies! And I know what you’re wondering to yourself right now – How can anybody have anything to talk about social media that hasn’t already been said before? My sentiments exactly. But don’t fret; I’m not going to make an attempt to preach to the choir. Let’s leave that to the Mashables of the world 😛 What I wanted to talk about in this post however, is about where social media is headed and what it holds in store for you and me. 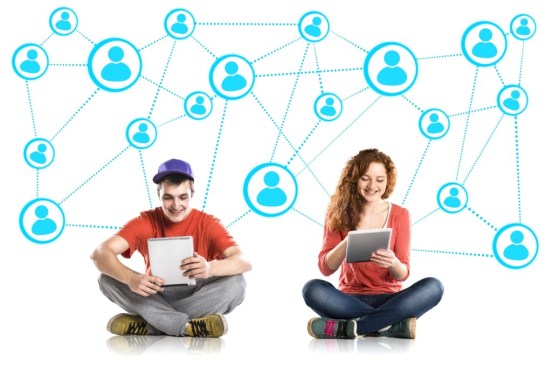 We have come a long way from the days of asking for ‘ASL’s in those cheesy, yet colorful Yahoo chat rooms, haven’t we? Ever since Facebook burst onto the scene, social networks have spawned and have become an integral part of how we communicate. Though I don’t know this for a fact, I presume that most of us use our smartphones today to manage our social (media) presence, more than we use it to make or take 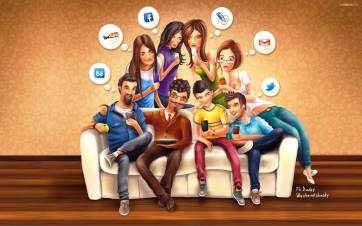 calls? That’s not all. If there’s news to be shared – good or bad, social media will be the first to know. Some people only bother to have a social life so that their social media ‘friends’ know how much fun they’re having. Some have found fame and fortune by simply ‘being’ on social media (you know who you are!) while few others got a platform to put their talent up for display, to the rest of the world. It gave you Justin Bieber. It even gave life to a parallel industry which comprised of social media agencies, social media consultants and social media tools. There are millions of people around the globe who have a job today, all thanks to social media. It has seen some of the biggest acquisitions that an internet company could not have even dreamt of until a few years ago. It has also made some average Joes very wealthy and some wealthy people, filthy rich. It has added a new dimension to customer service. It has presented brands with an opportunity to ‘know’ their customer and push customized brand messaging to the prospects/customers. It has won elections for politicians; it has also ousted elected politicians and overthrown governments. It has helped people forge new relationships, even culminating in marriage, and it has also managed to bring the curtains down on a few. It has redefined peer-to-peer support and made getting reviews in real-time a possibility. Social media has even contributed enormously to the English language, proof of which is words like derp, twerk, selfie, emoji, girl crush, LDR, BFF, Srsly and LOL etc. being added to the Oxford dictionary – I’m not joking, srsly! 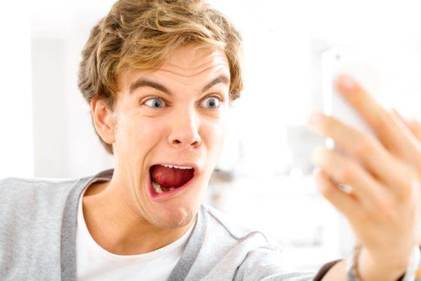 Let’s put aside the use of social media in our everyday lives and focus on people who actually make a living out of it – like me. I try to read up on what the pundits have to say about where social media is headed but it’s much like watching the weather report; some say it’s bright while the rest says it’s gloomy. But what I’m looking for isn’t half-baked predictions. What I’d be interested to know is whether social media would remain as relevant to brands in a few years from now, as it is today. Will I still have a job 5 years down the line? Do I need to start adding more skills to my arsenal? I bet at some point, you’ve asked yourselves these questions too. Something tells me that, it’s not going to be all hunky-dory here onwards; call it a man’s intuition (yes, men have those things too).

For starters, the jobs seem to have dried up. If that’s not a sign, I don’t know what is! Also, companies are now looking to induct marketing specialists, for whom social media is merely a subset of their skillset. Either that or they are looking to outsource the grunt work, viz. analytics and making sense of unstructured data, to agencies. You know these folks are serious about cost optimization when they approach advertising agencies, rather than the ones specializing in social/digital, to manage social media for them – which makes sense because ideally, you’d want a single vendor to manage all your ATL campaigns. And then you have those disillusioned firms still going about knocking on doors and asking “What’s my ROI?” One would expect that they’d have realized by now that ROI from social media is measured the same way it’s done with television/radio/print campaigns – based on certain assumptions and riders, and that there’s no social media guru anywhere who can quantify your ROI in absolute terms for you. After all, not all of us are as endowed in the upstairs department as Sheldon Cooper is. Bazinga! 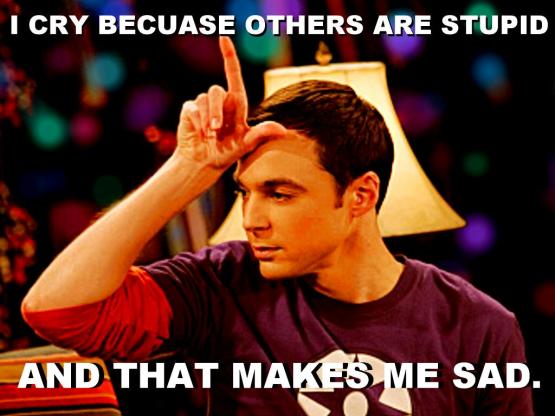 Another frightening symptom is that innovation in this space seems to have stagnated. Sure, there are newer services being launched with social networking at its core but, what about pure-play social networks? Even Facebook and Twitter seem to be running out of fresh ideas and simply replicating what the other is doing; it’s like watching a boxing match where the opponents are totally out of it and are simply flailing their arms, unable to land punches. Why is this threatening? Because these two set the yardstick as far as driving innovation and value add goes, and if they’re not innovating, it won’t be too long before some genius sitting in his dingy dorm room somewhere, develops a tool that automates the manual analysis that us humans do, making us obsolete. Also, more and more organizations are now beginning to rely on Big Data to help them to cull out the ‘spam’ from the structured data that will help in generating insights for the organization.

In order to remain relevant, it’s absolutely necessary for us to add other complementary skillsets to our portfolio – Digital Analytics, SEM, SMM, Native Advertising, Content Writing and Excel/PowerPoint Aptitude are a few I can think of. The going is tough, it’ll only get tougher from here, but the key is to keep a tab on the evolving digital landscape, understand what your contemporaries are doing and most importantly, to never stop acquiring new skills. It may also make sense to branch out and consider other emerging line of work pertaining to social media like social media hiring and social media customer support etc. It’s very unlikely that brands will stop investing in digital, be it on tools or human resource, anytime soon. So don’t clear out your desks as yet. Like they say, it ain’t over until the fat lady sings…or was it the grim reaper sings? I forget…but you get the point, right?