I perhaps spend about 30mins of each waking day either glancing through e-mails and text messages or taking calls, from brands that try to sell me everything from pizza to luxury condos. I am not exaggerating in the slightest, when I tell you that I literally have to say “No thank you, I am not looking for a personal loan” at least five times a day.

There is this factoid that says – every individual is ‘exposed’ to anywhere between 5000 – 20,000 brand messages in a single day. This could be true. But does that mean that the individual has ‘seen’ all those messages? Probably not. But I am going to make a guesstimate and say that the individual, a potential customer, pays attention to at least 5 – 10 ads/brand messages which they chance upon in a day. In such a scenario, how does the brand ensure that their message resonates with the customer and stands out, amidst the legions of unsolicited messages thrust at them?

END_OF_DOCUMENT_TOKEN_TO_BE_REPLACED

Community Management (or presence management, like some would call it) is a very fascinating job and a very critical one too, since the community manager is quite often the face of a brand on social media. Everyone knows by now that social media is a very ruthless and unforgiving animal, and that makes a community manager’s job even more challenging. Unlike with the television and print mediums, social media is a perpetually functioning entity and almost everything happens in near real-time. In such a state, it’s quite easy to commit blunders, either due to oversight or mere sloppiness.

END_OF_DOCUMENT_TOKEN_TO_BE_REPLACED

Participating in social media is not just an option any more. The real test of social media engagement now lies in whether we have the ability to sustain it and ensure scalability. While enterprises across industries are fast adopting the channel, the Indian healthcare industry is still grappling to get a foot in the door. There is a pertinent need for the healthcare industry to identify and capitalize on opportunities presented due to customers’ affinity to this platform.

END_OF_DOCUMENT_TOKEN_TO_BE_REPLACED

So here we are, already halfway through the year. How time flies! And I know what you’re wondering to yourself right now – How can anybody have anything to talk about social media that hasn’t already been said before? My sentiments exactly. But don’t fret; I’m not going to make an attempt to preach to the choir. Let’s leave that to the Mashables of the world 😛 What I wanted to talk about in this post however, is about where social media is headed and what it holds in store for you and me.

END_OF_DOCUMENT_TOKEN_TO_BE_REPLACED

First things first. Happy New Year folks! Hope 2014 ushers in more success, prosperity and joy for you and your loved ones.

A lot has already been said on the topic of social media advocacy/advocates and influence/influencers. However, a lot of people still inadvertently substitute one term with the other. Though both groups are indispensable to a marketer, the objectives they help achieve are divergent.  The oxford dictionary delineates the two terms as follows:

A public support for or recommendation of a particular cause or policy.

The capacity to have an effect on the character, development, or behavior of someone or something, or the effect itself.

The definitions of the two terms makes it adequately clear that they’re not the same and that they cannot be used interchangeably. Now let’s put them into the social media perspective.

END_OF_DOCUMENT_TOKEN_TO_BE_REPLACED

The # symbol until not too long ago was just another one of those inconspicuous keys on your keyboards and telephones. The hash (or the pound symbol like the Americans like to call it) symbol was rarely used other than in mathematical or coding (software programming) terms. Of course, there were a few other usages, like for example I was one of those few people who liked to prefix # before a number because I had grown up knowing it to be the number sign, though I later realized that this wasn’t a very popular practice. Also, there were those (and still is; maybe more so now, than before) rare instances when the IVR systems asked us to press the # key to confirm the input we made. Then Twitter happened, and all of a sudden the # symbol was catapulted into the limelight, even surpassing the fame its cousin the @ symbol had managed to garner since the advent of e-mail communication.

END_OF_DOCUMENT_TOKEN_TO_BE_REPLACED

So here we’re, in the year 2013. The good news is that the ‘bubble’ we’ve all come to know as social media is still intact! In fact, it’s soaring. With a spurt in internet and smartphone penetration over the past few years, more users are connected through social media today than what most of us would’ve expected until sometime back. Social has become one of the top buzzwords today – in schools/colleges, conference/board rooms, brainstorming sessions and even in our very own homes. It’s transforming the way we communicate, collaborate, entertain and consume/share information. The ‘what’ has already been addressed, the ‘why’ and ‘when’ is inessential, what we really need to now focus on is the ‘how’. How are we going to leverage social media to improve how individuals connect to one another and how brands connect with customers? Because at the end of the day, isn’t that what social media is all about?

Let’s take a crack at the second part of the ‘How’, shall we?

END_OF_DOCUMENT_TOKEN_TO_BE_REPLACED

Two episodes and two social causes down and Satyamev Jayate (SMJ) still continues to create ripples on Indian television.  SMJ has also seen unparalleled success, in terms of the buzz that it has managed to create on social media. Even the handful of shows that did manage to capture the audience’s fancy in recent times, like Bigg Boss, The Dewarists and Bade Ache Lagate Hai, have failed to generate the kind of frenzy that SMJ has managed to, in the last week or so. The show has also received critical acclaim from socialists and the film industry alike. From the initial trends, SMJ is all set to change the face of Indian television. But will it really bring about a social impact, is something we will have to wait and watch.

Much has been spoken about Facebook’s new UI changes in the past couple of weeks. Some are excited about the changes and then there are some who have been openly protesting against it and asking that Facebook rolls back the changes. Irrespective of which side you’re on, you must hand it to Zuckerberg and his crew for taking such a bold decision to overhaul what has been Facebook’s signature UI for seven years. 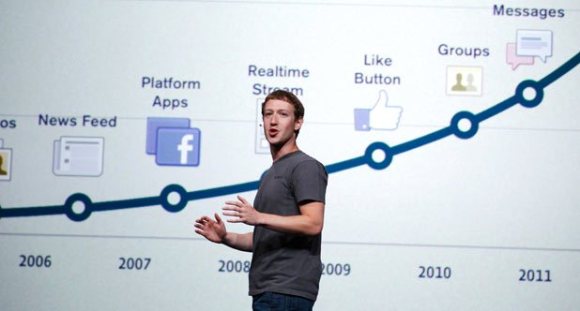